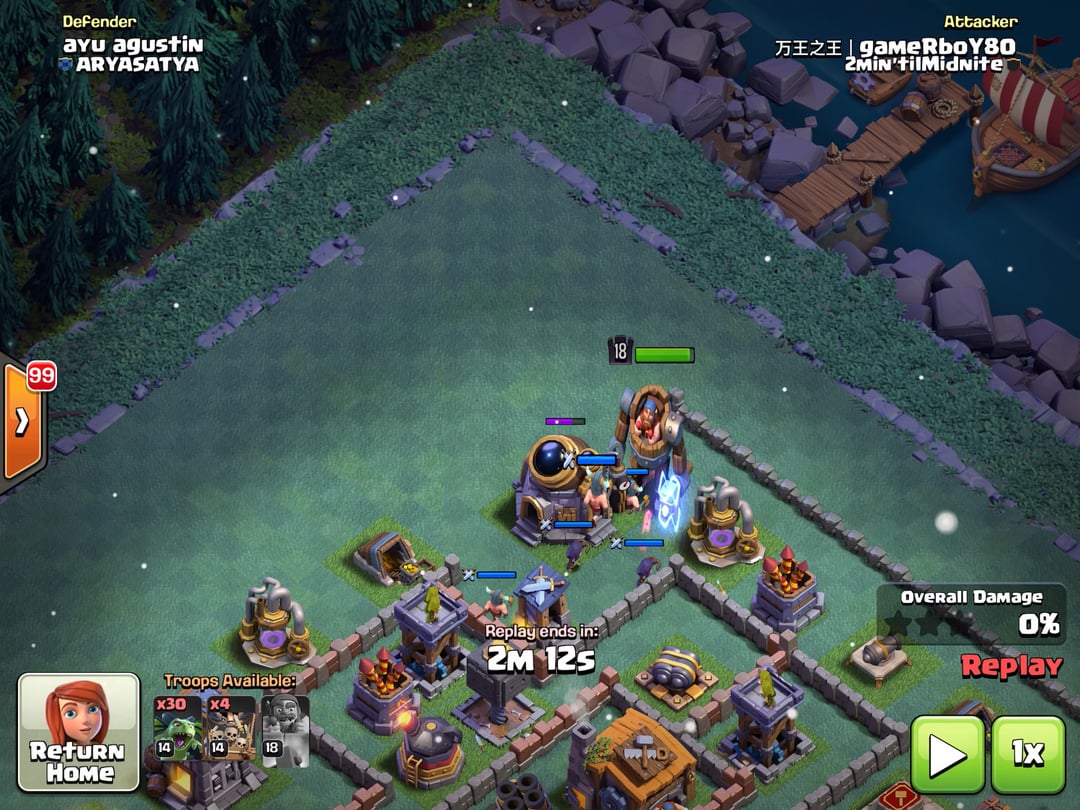 So this might be an unpopular opinion, but I personally feel that the game is becoming more influenced by attacking than proper defense. I remember back when the max th was the newly released th11, and still a maxed out th10 would be the ultimate defensive unit. Even a good th11 would find it difficult to 2 star a max th10.

The game is supposed to be based on attacking other bases and defending your base from attackers. But I find that the game has been shifting towards supporting attacking more than good defending. This has resulted in what we are seeing now. Hit rate at th 13v13 is 40% 3 stars, 55% high percent 2 stars. This might be different after the update increasing army capacity to 300.

So basically what I am trying to say is that the defensive side of the game is being less incentivised with every update. There is not much incentive to make a proper home village base as you’ll be 2/3 starred anyway. I miss when the defenses used to be powerful and 3 stars at the top level were hard to come by. A 3 star would show true skill and often a bit of luck too.

But then again, that style of gameplay might be the reason that many people left clash during its peak years from 2015-17/18. Maybe people like attacking more and attack friendly gameplay will attract more people to the game.

Also I feel that heroes are OP. The heroes have made it that much easier to 3 star a base. I am not saying that the attacking is too easy, it still requires skill, and everybody makes mistakes sometimes, but what I mean to say is that attacking now is the easiest it has ever been, and I believe the game will continue in this direction.

A friendly reminder that this is my ‘Personal Opinion’ and people may think otherwise. Would like to see any different viewpoints.

2 Thoughts to “[MISC] Opinion- The game is becoming more attack friendly, and it is going to continue to be that way.”