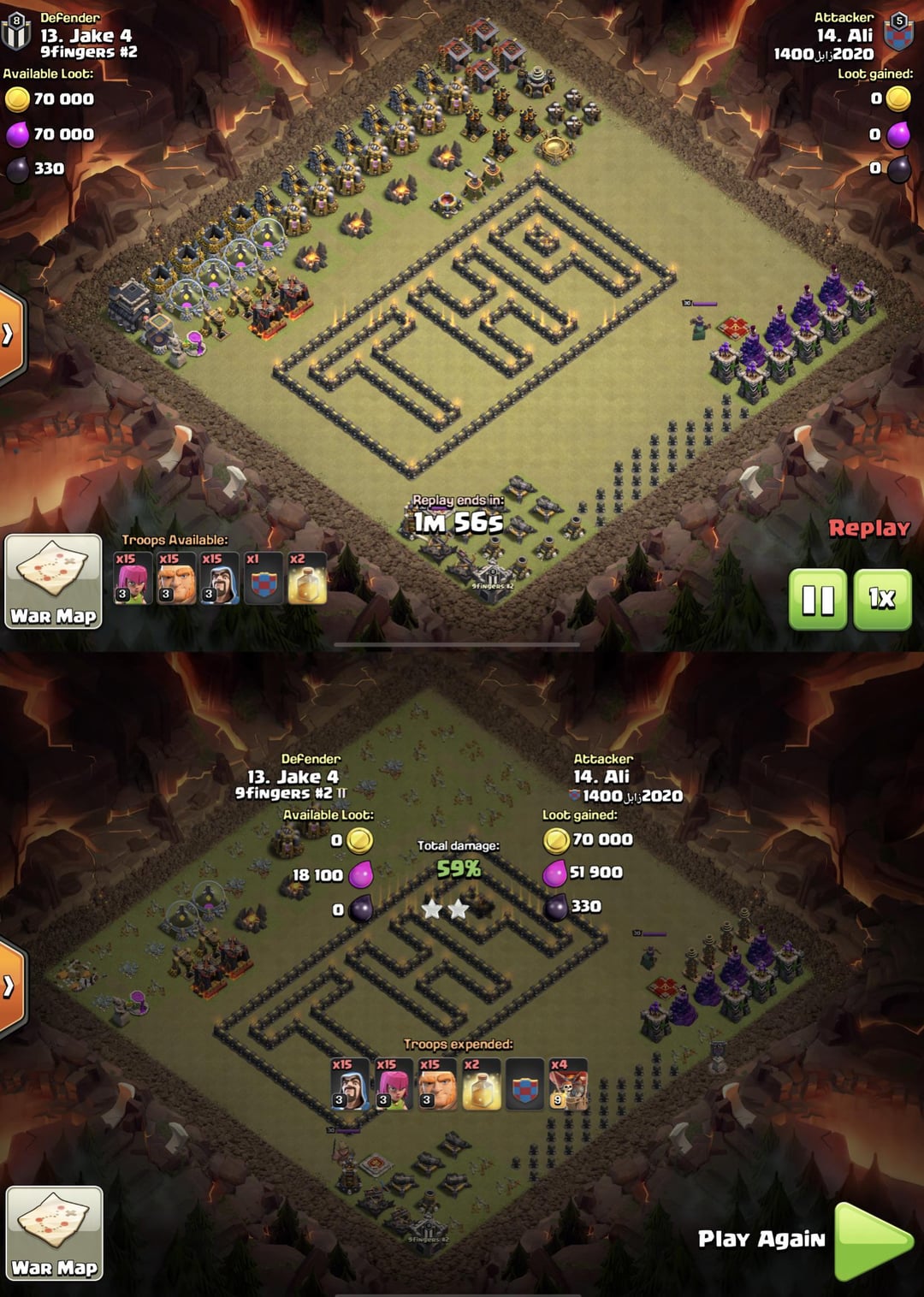 for example if you’re attacking someone’s base and you’ve surpassed their final percentage and stars, maybe have some green text that pops up on the side that says “you’ve won!” or if your opponent has already 100% destroyed your base display one that says “you’ve lost.” or something.

you can still choose to continue attacking if you’d like but i figured doing this would just save some time between battles. especially in those times where someone insists on waiting for a lone archer to slooowly destroy the last few structures in your base but they’ve already won.

One Thought to “[IDEAS] display some kind of banner/notification in builder base battles telling you if you’ve won or lost.”