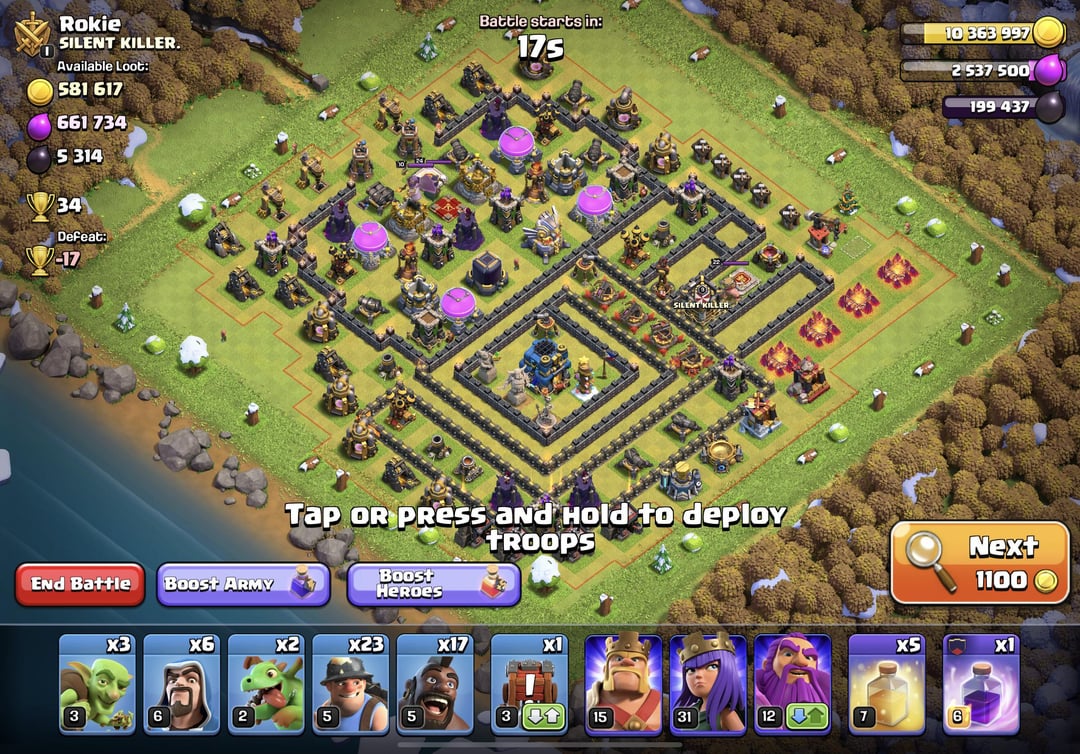 players from clash royale or brawl stars will be familiar with this feature. As you progress in trophies, you get some sort of reward in specific milestones. I would recommend this as a builder base feature, as many people don’t see reasons to push trophies for farming.

Purchasable shields is a feature that very little people use nowadays. This was the case with the super troops some months ago as well, and they fixed it by adding the super potion. So I would recommend a magic item that gived you a shield/guard for a specific ammount of time in case you’re full on storages and you are 5/5 builders working. It would be very helpful.

This is something I’ve been thinking for a long time. There are different clan castle troops that are good at defence, than those that are good at offence. Also, I find it really annoying when I have to set my CC on sleep mode because otherwise, my troops are gonna be lost on defence. So, I suggest having different CC troops for each case. That way, you would be able to better organise your strategies, and have your CC guard your village without the risk of losing your troops.

I got the inspiration for this from the builder base battles. Has it ever happened to you when you see a village with really good loot, but not having the right army to attack it? One solution I came up with to solve this, is swapping army comps. Why not be able to train more than one armyat the same time, so that you have a variety of options to choose from for different types of defending bases. I think this feature would be exceptionally helpful for many players out there.

This is a very small detail I’ve been asking for since the sceneries were added to the game. It loosks weird to me that the grass in the centre of the base looks different than the one in custom sceneries. So I would simply suggest make sceneries apply to the color of the ground, so that it matches to the surrounding of it.

Have you ever thought of how random the heroes’ action is, when they’re just walking around their altars? I really hate this, although it’s a pretty small detail. So, just think of that concept: when the attack starts, all the heroes go and sleep on their altars. When a unit is getting close, but not enough to enter their activation radius, they wake up and try to approach the troop. Finally, when they’re inside their range, the heroes will start attacking as normal. The exception here is the grand warden, whose altar radius is the same as his range, so he can just stand still when attacking. This would completely get rid of the randomness, and the warden’s statue, so he provides a little bit more value to his skins, because they would be now shown on defence too.

This is another small detail I’ve been asking for a long time. Why not be able to see your friends’ traps? I mean after all, you chose them as friends, so you probably trust them. If that happens, you would nnow also be able to copy bases from your friends. And if players didn’t like that, it could be made optional , so that you could turn it on and off from the settings menu.

That’s all I have for now. I really appreciate everyone who spent some time to read them, cecause it took me quite a while to write them, and I think they’re all ideas worth to be shared with the community.

3 Thoughts to “[IDEAS] concepts that I had in my mind and wanted to share with the community!”