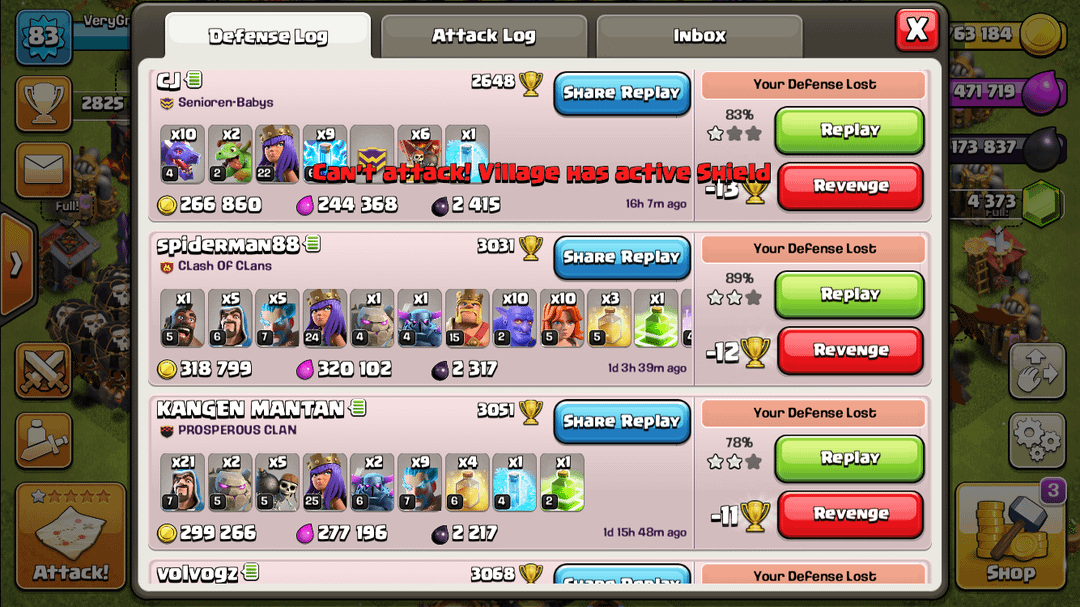 1. Tutorial. Thats literally what it is

2. The tutorial but you don’t have a creepy lady telling you what to do.

3. You unlock the social aspect, the Clan Castle. Still not enough troops or buildings to really make anything competitive. Unlock lab, which is important, but that’s about it.

4. Pretty much an extension of 3. You unlock air troops (balloons) and the air defense, but that’s pretty much it. Builder base is also unlocked, but that is kinda a seperate thing.

5. You unlock spells, and ever since the Zap got a rework is definetly more important, but TH 5 is still very casual. Wizards are only meh at TH5, and that’s the only notable troop unlock. This is where armies finally start to get a little more diverse. You can use what I call the “farmer special” (barbs, archers, goblins, giants) The “Traditional” (Giants/wizards) or the “Air Raid” (Balloons with Wiz as cleanup)

6. The first townhall that takes more than 2 weeks or so. You unlock heal spell, which is important for sure, but other than that 6 is pretty much 5 with 2 extra spell space and purple walls. Healers are pretty much useless at 6, and it is your final step before Dark Elixer. You also unlock clan games.

7. The first TH you really don’t want to rush. Drag spam is unlocked so you can pretty much 3 star any equal level base. Rage is unlocked, which is IMO the best spell in the game. You get your first hero, although the king at level 5 is really nothing special. Hog riders are unlocked, and are a decent army if used properly. Obviously you get access to dark elixer, but it really isn’t that important at 7, as the king only has 5 levels. You also unlock access to the season pass, which is important

8. The last “casual” town hall IMO. Pekkas, Golems, and Valkyries are unlocked, which is very important for creating armies. You unlock the poision and Earthqake spells, which is useful. King still only has 5 levels, so dark still isn’t super valueble, but that all changes at 9. The trader is unlocked, which is cool for the occasional free potion. This is the last TH where dragspam can get you by, as stuff gets real at 9.

9. The first GRIND townhall. 9 is a dark elixer nightmare, and if you rush 9 you really put yourself in a hole for the first time. The new troops unlocked aren’t super spectacular, and the new spells are decent, but the real importance is the queen. The queen is powerful, and upgrading her is important. 9 seperates men from boys, as someone who rushes past 9 and doesn’t learn quality attacks is in for a struggle. I will mention that going to 10 at 25/25 is not too bad, as 10 is a good TH to catch up

10. TH 10 is awesome. Miners and bowlers are both crucial for attacking. Sieges make armies much more diverse and fun. Knowing how to attack at 10 is important, and if you are effictive with siege machines then TH10 should be a good time. Doing walls and heros is much more fun, and wars are much more entertaining. Another town hall you cant rush though (this will be constant throughout the rest) but everything about TH10 is better than 9 IMO. Life is breathed into the game again, and you are replenished to not have to grind 50 hero levels.

11. 11 is like 10 in that it is not a huge grind like 9. Wars are still awesome, but E drag spammers are everywhere. The warden is honestly pretty weak at 11, but maxing it is crucial for the giga bomb at 12. Ice Golems are decent, but E drags, the Warden, and the Eagle artillery are the real stories here. Walls aren’t too bad, and TH11 is another more fun and enjoyable TH than the likes of 9.

12. 12 is like 9 in that it is another “grind” town hall, but 12 is more fun. You now have access to every troop and spell in the game, Siege machines are important for those who fly solo, and the Giga Bomb is a new threat to attack. The warden gets very powerful once you max 12, Super troops become more relevant, and even though 12 is a grind, at least the base looks awesome and you are having way more fun than 9.

13. If you have been maxing every townhall, 13 is the finalie. You unlock the rest of the siege machines, although no new troops or spells. Scattershots are a big defensive upgrade, but the Royal Champion gives a huge attack boost. Walls are expensive, but the hero levels aren’t too bad. Other than the champion and scattershots though, 13 is similar to 12. Once maxed, pushing to legends should not be too difficult, and you now get to decide what you want to progress on now that your base is done. Leading a clan, competive wars, pushing, are all good options