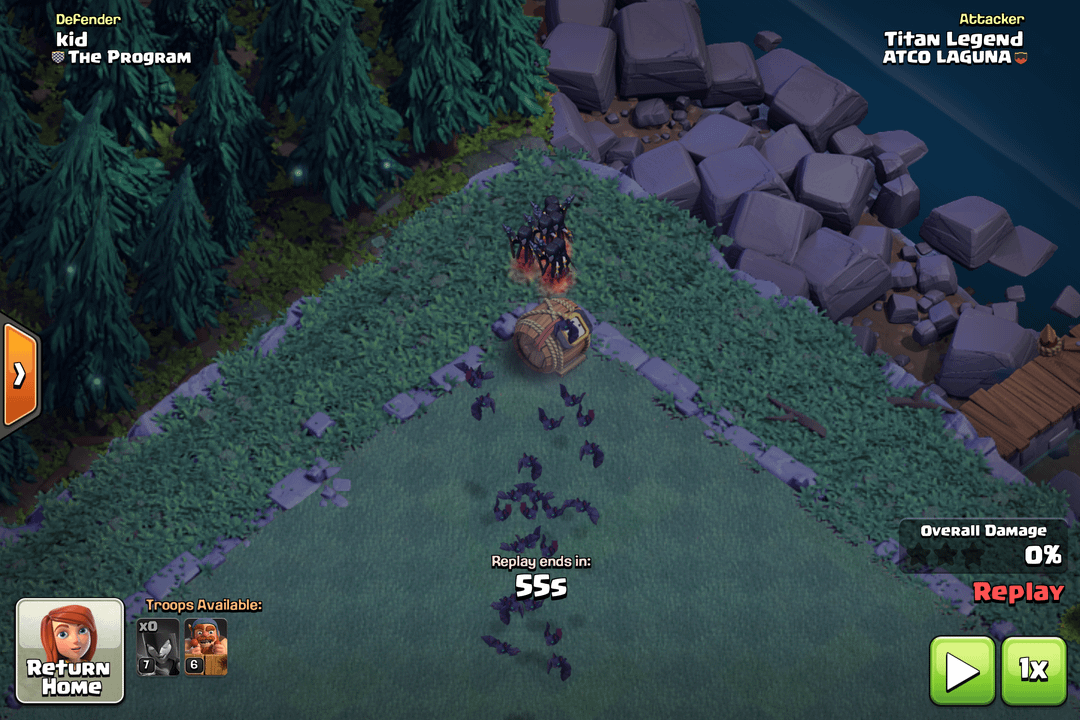 First some background on where i am coming from, I came back to the game a few months ago and was pleasantly surprised to find all the improvements to the BB while i was gone, however with me trying to get the coveted 6th builder i remembered all the announces that made me hate the BB last time around.

Enough about that, the way i am going to structure it is that i will write the idea and then justify why its needed based on the problems i perceived.

This will solve two problems:

upgrading a building in BB directly affects your ability to get loot which sucks because you can only get so much per day. This either makes the player not want to play until it is done or suffer through lose streaks while its upgrading which both suck.

I do not know how many of you care about this point but i absolutely love making sure all my builders in my home village are working non-stop, it gives me a feeling of efficiency. However, things in BB are different, because we are loot locked i cannot keep that old bastard working 24/7. This puts the player in a situation where he either has to wait to upgrade the thing he wants, or upgrade something cheap to avoid feeling inefficient.

The way troop levels work now is that you cannot experiment with other armies until your current one is maxed (which is ironic for a game mode that allows you to swap armies on the fly), locking you onto a single army for months at a time. I honestly think this is one of the main reasons BB feels so stale.

My idea is that upgrading the lab upgrades all troops to the new levels. and instead of regular troop upgrades the lab can increase the number of camps that the specific troop can be carried in. For example you just hit BH 5, you just unlocked that sexy cannon cart, you can instantly use it in one camp, upgrading the cannon cart in the lab allows you to use it in two camps then 3 etc. This way you can experiment with troop you just unlocked without feeling like you are gimping you BB progression while still giving you a progression path.

let me elaborate by asking a simple question: you ever go to do the BB attacks after a long night only to face a losing streak, getting more and more frustrated because all you want to do is get the win bonus and go to bed.

my solution is simple: give a battle bonus, not a win bonus, 5 attacks a day give you the bonus weather it is a win or a loss. Giving the player a predictable end point

I think we have a much better ranking system and it is already in the game, legends league. for people who don’t know how it works it goes like this:

1. you have 8 attacks a day that you can preform for trophies
2. your base gets attacked 8 times by 8 different people
3. your cups lost vs gained is calculated at the end of the day and you either go up or down.

some advantages of using it for BB:

* No longer have to wait for those pesky sneaky archer attackers to finish the attack,you can go straight to the next attack, because your cup count is updated at the end of the day.
* removes the need for timer tiebreakers
* it is not a binary win/lose system, which avoids annoying such as losing by 1 or 2%
* Prob some other advantages that i am too exhausted to think of.

So this what i have for the BB, i know there are some things that i have not touched on like AI and attack strategies not being interesting, but i honestly do not have anything to add to what people already said, if you want to read some of those ideas i would recommend this [Reddit post](https://www.reddit.com/r/ClashOfClans/comments/hs8r7f/idea_how_to_improve_the_builder_base/).

feel free to criticize my ideas, or to give your own, we all want a better COC.

[GOAL] Finished lvl 13 walls!! Had to drop from legends to farm harder ðŸ˜‚

[IDEA] Add train army button in Clan War scout mode, so it would be easier to plan/train specific army when you scout enemy base

I did th13 challenge without king and Queen